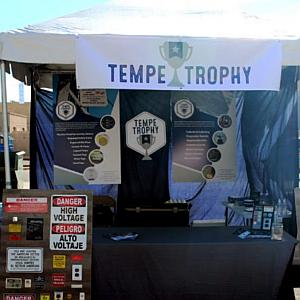 
Anixter Electrical Trade Event On April 6th, Tempe Trophy participated in your not-so-average electrical trade show. Hosted by the Fortune 500 electrical supply company Anixter, this electrical trade event in Phoenix included a cook-off, a lot of high school students, and fundraising for the IEC Foundation and the IEC of Arizona Apprentice Program. You might […] 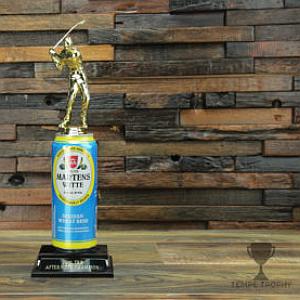 Golf Tournament for a Charitable Cause 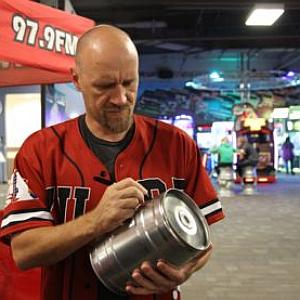 More than Just Bunny Hops at the Easter Keg Hunt


98 KUPD’s Annual Easter Keg Hunt Trophy With the holiday around the corner, we can’t help but bring up the Easter keg trophy that we custom make for 98 KUPD. For the annual Big Red Easter Keg Hunt, the radio station staff hides 98 full-size kegs on Good Friday and the week before. The kegs will be […]


Tempe Trophy and Kornegay Design Tempe Trophy recently had the honor of collaborating on the creation of a very unique award designed by Larry Kornegay for the Landscape Architecture Foundation Founders Award (2016).  The award is given to organizations who show diligence in sustainable landscaping. This year’s design resembles a seed still encased in its pod. Larry Kornegay […] 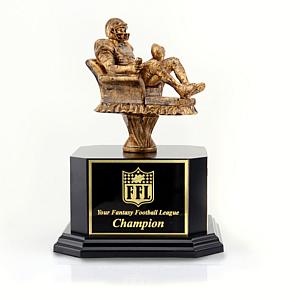 
Here at Tempe Trophy we like to think of ourselves as the ultimate trend setters when it comes to custom trophies and personalized gifts. Little did we know that we actually are. Turns out that little ole’ Tempe Trophy is being closely watched, and copied, by some big-time companies! And, this is not the first […] 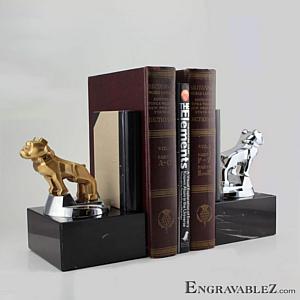 The Mack Daddy of All Projects


The team here at Tempe Trophy is well-known for developing unique products on a daily basis. Every project that we complete is one-of-a-kind. That’s the business of custom awards and gifts; a creative platform which we have fully-embraced. Unique products are what we know, and we were recently given the Mack Daddy of all projects. One of […] 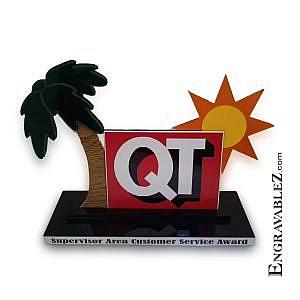 
At Tempe Trophy we take our work pretty serious. But, we’ve got to admit that the business of creating custom awards and gifts is pretty fun. So recently, when our awesome friends at QuikTrip approached us about a few new projects, we made it our business to have some serious fun. When QT wanted a […] 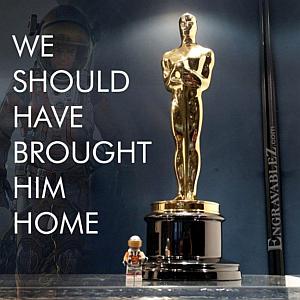 
So you want to know the how to bring home an Oscar. Well, I don’t know. But I do know the people that make them. The Oscar was a topic of conversation at my most recent visit with RS Owens, one of the manufactures that we work with. They also happen to make the Oscar. […] 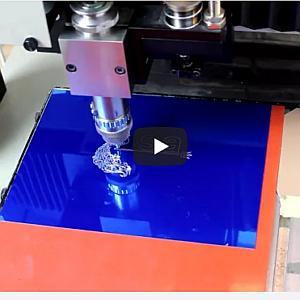 Engraving with a Diamond


What is harder than metal? Well diamonds of course. Diamond Drag Engraving is a traditional and great way to engrave in metal. This is a quick video of one of our CNC machines engraving a piece of blue aluminum. One of the things that I love about Diamond Drag engraving is the “sparkle”. The cut […] 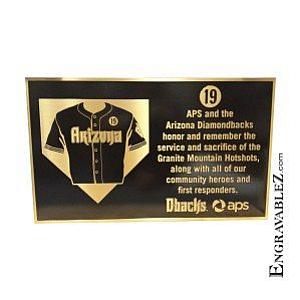 
When 19 Arizona Firefighters were killed battling a wildfire near Payson, it really struck all of Arizona. It made Phoenix feel like a small town. We all felt the loss. I think of my brother ‘n law, a firefighter from Queen Creek who with an entire engine company drove the nearly 100 miles to attend the memorial services […]